The second debate of the Town of Palm Beach election season was held Monday at The Episcopal Church of Bethesda-by-the-Sea, and it provided a good insight into the position of each candidate on key issues of the Town.

The debate, which was sponsored by the Palm Beach Civic Association and moderated by retired WPTV Channel 5 news anchor Jim Sackett, offered a spirited discussion on some of the most important Palm Beach problems. Candidates were allowed to ask each other questions, and Sackett also allowed random questions from the audience in addition to the pre-selected ones.

Martin Klein, who is the chairman of the town’s Planning and Zoning Commission, first challenged his opponent Julie Araskog on her experience, which he claims, she does not have enough of, especially not compared with him. Klein said, “she has not served a day on a town board.”.

Araskog answered by saying that she did have experience working with nonprofit and governmental organizations that helped the underprivileged and the elderly. Araskog only bought her Palm Beach home in 2012, but she has worked recently on a recreation center and helped residents receive notifications about ongoing construction in their neighborhoods.

Araskog then said Klein was an advocate of “incentivized development”, connecting this approach with the failed planned unit development zoning proposal for Royal Poinciana Way. She does not consider development a bad thing, unless it’s the kind of development that hurts the Town and the quality of life of the residents. Klein, she said, is supported by development-minded people, but she considers it important to remove the development pressures that threaten the town life, and proposes safeguarding the town’s comprehensive plan as well as the zoning and ARCOM laws.

Klein answered by saying his record speaks for itself, especially on the question of zoning in the North End, which, in the 1990s, was like “the Wild West”, but with his involvement it got turned around and now there are meaningful zoning and preservation guidelines, and private property rights are being protected. According to him, if Araskog was to get her way, everyone’s property values would be affected by the changes as they depend on certainty. Klein claims the zoning code works well, and creating a “shadow zoning code” would not be a good solution.

Candidates have a different perspective on the beach nourishment issues and coastal protection in the South End as well. Klein takes a more conservative approach, saying that the town should continue with studies and gathering information to see how much different nourishment options would cost.

Araskog calls for a different course of action and advocates calling in the U.S. Army Corps of Engineers with as much urgency as during the fight to stop expansion of the inlet. As she says, Mayor Gail Coniglio and other officials should put pressure on and work hard to get the Army Corps to move on the action. Also, she calls for bringing in new experts and looking at new plans for coastal protection.

When it comes to the undergrounding project, the candidates once again had opposing views. Klein stated he had confidence in Town officials and staff members who are working on the project, while Araskog emphasized the need for various improvements, including transparency. She promised she would push for better oversight and transparency on all long-term projects, not just this one, and stated she understood the resident anger over the lack of plan and rising budget of the undergrounding project. Klein promised that the project won’t cost over $90 million and said it’s common for large-scale projects such as undergrounding to evolve over time, but definitely agreed that the price needed to be brought down to what was originally promised.

The matter of annual budget were also discussed. Araskog considers it problematic that the budget went from $58.5 million in 2012 to over $77 million projected for 2017, and that the town should and could spend a bit less. Klein, on the other hand, believes the most important thing about budget is that it’s being spent on services required by the residents. As he explained, the best fire protection in the world, as well as the best police and EMS protection in the world cost a lot of money, and it also reflects the pensions and the cost of sand and other issues. Still, as he said, those are the things wanted and needed by the community which the town strives to provide.

Chairman and CEO of the Civic Association Bob Wright thanked the candidates for running for public office, stating that it takes courage and dedications. He emphasized that the association does not endorse candidates but simply sponsors programs that are meant to help residents make informed decisions. As he said, an educated citizen is the “heart and soul of the democratic process.”

Araskog promised to bring the concerns of the residents to the forefront when it comes to decision-making in the town.

Klein, on the other hand, emphasized his experience and his record, saying that he can bring an independent voice that his opponent lacks. 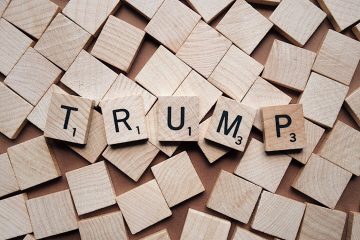 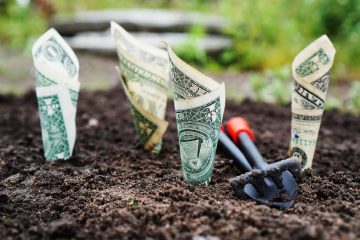 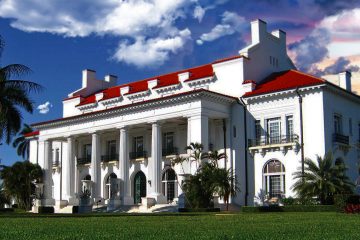 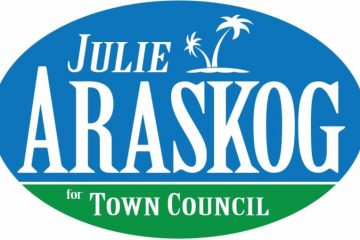