The Town of Palm Beach and bicyclists may have found a solution to benefit both parties thanks to a resident’s suggestion during last Thursday’s Town Council meeting.

One of the major topics during the Town Council meeting was whether or not the Town of Palm Beach should be more biker friendly—in the sense of more places to lock up the two-wheeled vehicles.

Currently, there are roughly 10 bicycle racks in the Town of Palm Beach, on both public and private properties. This makes it extremely difficult for bicyclists on the Island to commute.

Another issue that has presented itself, due to the lack of bicycle racks in town, is that commuters have resorted to tying up their bikes on trees and lamp posts. This creates a safety hazard and is unhealthy for the trees.

During Thursday’s discussion, a resident suggested installing metal posts, or hitching posts, as an alternative to the standard bike racks. The hitching racks would better fit the Town of Palm Beach’s aesthetically pleasing and upscale environment and make bicycle commuting less of a hassle. The main goal is to make it easier for town residents to securely lock up their bicycles while shopping or visiting the beach and parks.

Town of Palm Beach Councilwoman Penny Townsend commutes by bike, herself, which makes this a personal concern and top priority for her. She says that she likes the idea of the metal hitching posts because they are the “least intrusive” form of hitching for town bicyclists to use. She also explaines that as a bike rider, she understands the need to lock up the frame of a bicycle and not just the wheel which is why these posts could work so well.

The decision, though, will not be made by Townsend—or any councilmember for that matter. Councilwoman Townsend referred the matter to the Public Works Committee and the final decision will be made by them.

The Town of Palm Beach Bicyclists hitching racks have not yet been fully approved and a meeting has not yet been set by Public Works to do so.

No Marathon For The Town of Palm Beach 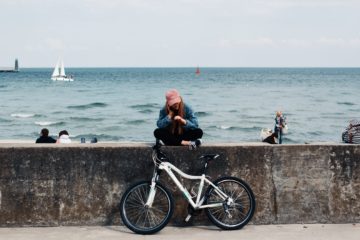 Police Up Presence on Lake Trail 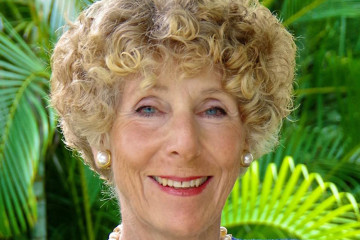 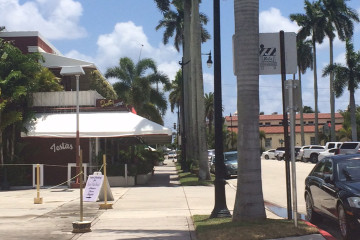