The Town of Palm Beach came to a compromise in the plan to develop El Bravo Way, by reducing the number of lots proposed in order to maintain its character.

Formerly the John W. Kluge estate, the proposed lot is located at 89 Middle Road and is 3.4 acres of vacated property. Developer Sir Peter Wood and neighboring residents of El Bravo Way had been negotiating for weeks, with major concerns that Wood’s original plan would disrupt the street’s character. El Bravo Way is long-regarded as the Gateway to the Estate Section, a narrow street vulnerable to impact with even the slightest changes to the surrounding aesthetics.

On July 12, after Sir Peter Wood agreed to reduce the number of proposed lots from six to five. The Town Council approved the revised subdivision plan, with attorneys present for Wood as well as owners of neighboring properties. The next stage in the process involves passing a compliance review by the Palm Beach Staff Committee. Other details of the subdivision plan that were approved and are now also pending staff review, includes the positioning of driveways and landscaping issues at 598 S. County Road.

Woods has not yet firmed up his plans for the vacant lots, but is taking into consideration the options of selling, or building homes for himself or others as possibilities. In a letter written by Wood to the Council, he is quoted as saying that the compromise, “includes significant concessions from our side,” and that his original plan is, “strongly preferred.” Wood also wrote, the agreement “represents an elegant compromise for all parties,” and that it is “in the spirit of good will and in the upmost good faith.”

Previously, the Town Council of Palm Beach urged the developer to come to a compromise with the residents of El Bravo, during a hearing regarding the subdivision this past June. The end-result was the project was approved by the Council on a “conceptual” basis, suggesting that the two parties work together.

Timothy Hanlon, Attorney for seven property owners, informed the Council, “This has been a difficult process.” Adding, “Hopefully, we’re now at the finish line.” The property owners will not appeal the council’s approval of the subdivision, as a part of the agreement.

Hanlon, along with Wood’s Attorney, Gregory Young, worked together and established several caveats, including a moratorium on the two largest lots, at the corner of El Bravo Way and South County Road. The largest lot on South County Road is just over an acre, and can not be split into two parcels for 18 months and if within that time a buyer purchases the property the would also have to adhere. Upon expiration, the request to split the lot would be subjected to Council approval.

The estate subdivision will be known as the El Bravo-Singer Annex. 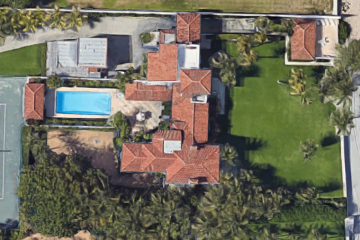