While the vote reached a consensus, there was some expressed concern with regard to whether or not valet response time and driver alertness would be a factor; suggesting that vehicle doors are at risk. Cars will be allowed to pull into two spaces designated for valet, where they will be met by valet attendants who will park the cars in the available spaces behind Cucina. Thus, the officials’ interest in the possible dangers during the busy lunch hour.

According to Paul Castro, Zoning Administrator, “The speed limit is 35 mph there, so you can take a car’s door off easy.”

Only time will tell what effects Cucina’s lunchtime valet parking service will bring, but until then the Town Council could only urge the restaurant representatives to make sure that valet response time is quick, and that they do not have customers waiting. This would otherwise defeat the purpose.

The Town Council’s vote also approved the size allowance of the restaurant’s existing awning. Apparently, it was installed, but was approximately 1 foot larger than what had been initially approved as a result of a mistake. The approved vote allows the awning to remain as it is, however, if ever a need for a new awning arises, the restaurant would be required to have it in the size that was originally approved.

Councilmember Julie Araskog gave input on allowing the awning change, stating, “When I drove that area, this was by far the biggest awning.” Although the size of the existing, larger awning design was in fact due to a construction error; which is why Coucilmember Araskog voted yay, she posed the hypothetical scenario of other businesses making similar claims. A valid argument that would have to be addressed should the unlikely situation occurs.

You can read our review of Cucina, back when it was called Cucina Dell’ Arte here. 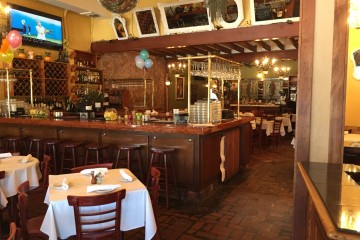 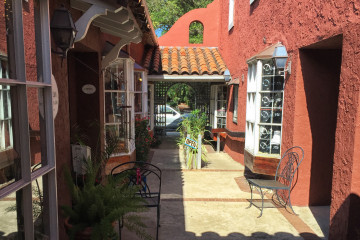 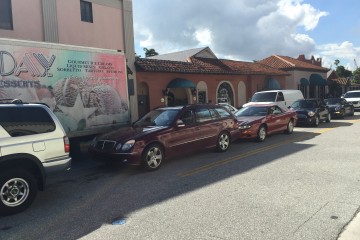