Hogarcito on Palm Beach Sold Twice in One Week

Hogarcito on Palm Beach, a Town of Palm Beach landmarked home was sold recently, not only once but two times in the same week.

The extravagant home on 17 Golfview Road, which goes by the name of Hogarcito, was originally built for Post Cereals (inventors of Grape Nuts and the more popular Cocoa Pebbles) heiress Marjorie Merriweather Post and her husband Edward F. Hutton, who helped found E.F. Hutton and Co., in 1921; almost a century years ago.

Hogarcito, which can be translated in to “little home” in Spanish, was the first home to be built in the now popular area and was constructed in a Spanish/Mediterranean style, even including a 3 story tower complete with a bell and all. The home’s designer, renowned architect Marion Sims Wyeth, went on later to also design many other homes in Palm Beach; including Mrs. Post’s future, immensely grand home, Mar a Lago (which has been owned by Donald Trump since the 1980s).

Standing on a lot measuring around half an acre, Hogarcito has over 10,000 square feet of living space which is outfitted with four fountains, a salon, two entire master bedroom suites and three bedroom suites, six bathrooms, and even a library.

All of the extravagant amenities that make Hogarcito a home fit for any heiress comes at a price, of course, and in this case the price is a hefty $9 million. At least, that is what it was purchased for a few days ago before the home, which in 1996 (just 20 years ago) had been granted landmark status by the Town of Palm Beach,  was sold again in less than a week for a $3.9 million profit at the price of $12.9 million.

The buyers of Hogarcito, however, still remain a mystery; the first purchase being managed through a local attorney in Palm Beach by the name of Martin Katz and the most recent purchase of the property being managed by Robert Bannish, who is an attorney based in the city of Boston and Heidi Wicky, a local real estate agent.

Though everyone involved in the sale of Hogarcito are keeping quiet as to who the buyers might be, it seems as though they have purchased yet another property on the island through the same attorney and real estate agent, this time a $4 million home on Sea Breeze Ave.

Only time will tell for sure whether the upscale homes were bought by real estate moguls with incredibly deep pockets, or if Palm Beach will be welcoming new and affluent neighbors to their cherished island.

National Ice Cream Day in the Town of Palm Beach 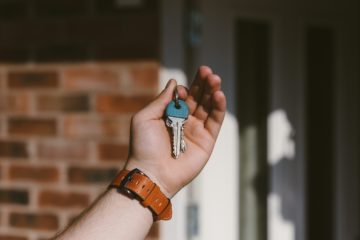 Hogarcito on Palm Beach Sold Twice in One Week