With the support of the Architectural Commission, the long-awaited renovation of the Four Seasons Resort Palm Beach could be slated as early as spring of 2018, nearly three years after the original project approval date.

Located at 2800 South Ocean Boulevard, and less than five miles from the noted Mar-a-Lago Club owned by President Donald J. Trump, the Four Seasons Resort and hotel will be looking to update its overall appearance to a more modern appeal, while improving upon its beachfront views and guest accommodations.

Since the project’s approval in 2015, the original design has undergone plan revisions that were received well by the Architectural Commission, in a 6-1 vote approving the changes. Now set for the agenda for November 15th, Palm Beach Town Council will be deciding whether or not to grant the project “special exception” to allow for the plan revisions.

The revised plans will ultimately reduce the amount of work to be performed, eliminating the rebuild of the front-entrance portico, and in its place installing fully-grown banyan tree as a mask. The tree installation will take place in November, by contractor Fernando Wong Outdoor Living Design, which is also tasked with the resort’s landscape remodel. Outside of the landscaping make-over, the street-side facade and main lobby areas will remain intact.

The large majority of the work will be a completed in the pool areas and first-floor suite balconies. The main swimming area will be completely reconfigured as an overflowing pool, with the addition of a new, smaller overflowing pool in the northern section of the resort, an area designated for private events and parties.

The balcony railings and finishes will replaced, and each guest suite on the first level will have direct pool access. Sixteen exterior stairways leading directly to the pool will also be added for upper-level guest rooms.

Other updates include: a new trellis shelter for outdoor dining, restructuring the poolside bar, new light fixtures, and rooftop heating ventilation air-conditioning units. Some interior work approved in the original design has already been completed, like the addition of the exposed kitchen for Jove Restaurant.

The project’s delay has been attributed to the need for additional planning, and timing concerns.

According to Real Estate Attorney Maura Ziska, plans for a new service drive on the north end of the property were inadvertently included in the updated renovation plans, and have not been endorsed by the Committee.  Neighbors objected to the drive, so it was removed from the project two years ago.

Town of Palm Beach Names Employee of the Year 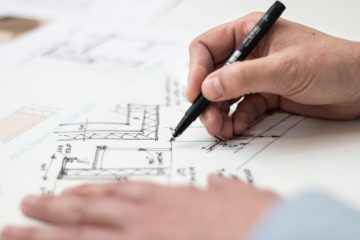 “The Lodge” Not To Be Landmarked 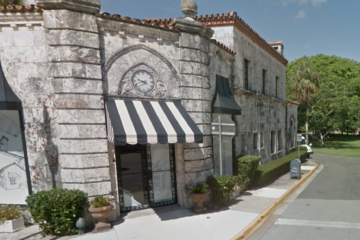